SOLAS, the International Convention for the Safety of Lives at Sea, was first instigated in 1914 as a direct reaction to the RMS Titanic disaster in April 1912, in which the passenger liner struck an iceberg on its maiden voyage and sank, resulting in the deaths of more than 1,500 people.

SOLAS aims to establish minimum safety standards for merchant ship construction, equipment and operation: flag states are required to ensure that ships under their flag adhere to the convention’s objectives. Recommendations arising from the 1914 convention included uninterrupted radio watches, the provision of sufficient numbers of lifeboats and distress flares, and alterations to ship design.

The second, third and fourth versions of SOLAS were introduced in 1929, 1948 and 1960. The 1960 convention was the result of updates brought about by the International Maritime Organisation (IMO), which continues to bear responsibility for the convention – but it is the fifth version, established in 1974, which still operates today, with numerous and ongoing amendments.

The 1974 convention introduced the “tacit acceptance procedure” which stipulates that an amendment should enter into force on a set date unless objections are received from an agreed number of parties before that date.

The current convention, generally referred to as “SOLAS 1974, as amended”, has 162 contracting states (as of March 2016), accounting for approximately 99 per cent of the world’s merchant ships in gross tonnage terms. Exemptions from SOLAS 1974 include Sri Lanka, Lebanon and Bolivia, regarded as “flag of convenience” states.

Included in the present convention are articles relating to amendment procedure and general requirements, followed by an annex divided into 14 chapters: two of these were appended in 2016 and 2017. Chapter V (Safety of Navigation, sometimes designated as SOLAS V) is the only one applicable to all seagoing vessels, including small craft and private yachts.

The 14 chapters in the annex of the current convention are as follows.

The subdivision of passenger ships into watertight compartments so that in the event of hull damage, a vessel will remain afloat and stable. Obligations for watertight integrity and bilge pumping arrangements for passenger ships are also specified.

This outlines fire safety provisions for all ships, with distinct measures for cargo ships, tankers and passenger ships and includes the most recent SOLAS amendment; SOLAS Chapter II-2, Regulation 10.10.4 – ‘Fire Fighters Communication’, which came into force on 31st July. 65,000 SOLAS vessels have until their first radio survey before June 30 2019 to confirm to the new standards.

Included herein are conditions for lifeboats, rescue boats and lifejackets according to ship specification. The International Life-Saving Appliance (LSA) Code provides detailed technical requirements for LSAs and is mandatory under Regulation 34: all life-saving appliances and arrangements must comply with the applicable requirements of the LSA Code.

This chapter concerns the Global Maritime Distress and Safety System (GMDSS), by which all passenger ships and all cargo ships of 300 gross tonnage and upwards engaged on international voyages must carry radio equipment including satellite Emergency Position Indicating Radio Beacons (EPIRBs) and Search And Rescue Transponders (SARTs).

Chapter V places an onus upon governments to ensure that all vessels, not just ships engaged on international voyages, are operated with the appropriate safety measures in place. In addition, all mariners are expected to construct thorough passage plans before every voyage, taking note of weather forecasts, tidal predictions, crew competence and all other factors which could impact upon safety. Also included is an obligation for masters to assist those in distress. Chapter V mandates that voyage data recorders (VDRs) and automatic ship identification systems (AIS) should be carried.

This chapter deals with requirements for stowing and securing all types of cargo and cargo containers with the exception of liquids and gases in bulk.

This covers the transportation of all forms of dangerous goods so that vessels comply with the International Maritime Dangerous Goods Code (IMDG Code), the International Bulk Chemical Code (IBS Code), and The International Code of the Construction and Equipment of Ships Carrying Liquefied Gases in Bulk (IGC Code).

This sets out requirements for nuclear-powered ships, with a specific focus on radiation hazards, to adhere to the Code of Safety for Nuclear Merchant Ships, first adopted by the IMO Assembly in 1981.

Chapter IX – Management for the Safe Operation of Ships

This chapter mandates that every shipowner and/or person or company that has taken responsibility for a ship must observe the International Safety Management Code (ISM).

This chapter mandates the International Code of Safety for High-Speed Craft (HSC Code).

Requirements are set out herein regarding organisations which carry out surveys and inspections, the ship identification number scheme, and port state control relating to operational requirements.

This preserves the integrity of the International Ship and Port Facility Security Code (ISPS Code), which states a master’s role in maintaining ship security must not be compromised or constrained by the company, the charterer or any other person. Other requirements include a mandate for all vessels to carry a ship security alert system, while port facilities are obliged to execute security assessments and implement plans relating to the delay, detention, restriction, or expulsion of a ship from a port.

This chapter lays out structural requirements for bulk carriers over 150m in length.

From 1 January 2017, this mandates the Introduction and part I-A of the International Code for Ships Operating in Polar Waters (the Polar Code). 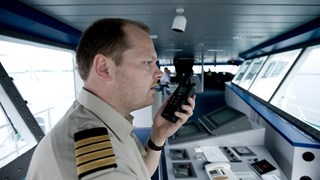 Regulations: GMDSS
GMDSS, the Global Maritime Distress and Safety System, came into full effect in February 1999. As the recognised international radio and safety system covered by SOLAS Chapter IV (Radiocommunications), it sets a global standard for procedures, equipment types and communications systems to optimise safety and operational methods when rescuing crew and vessels in distress situations. Safety Using Radio and Satellite Communication
Radio communication is the back bone of maritime safety. SOLAS and GMDSS regulates the area and ensures that ships are equipt with radio communication that can be used to alert authorities to an emergency as well as providing accurate position. 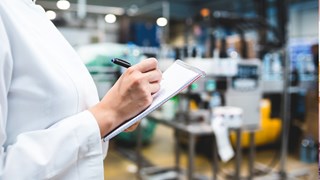 Quality
Quality and especially proven quality is essential to do business. We strive to deliver products of the highest quality, thoroughly tested to withstand all of nature’s forces and designed to last 10 years. 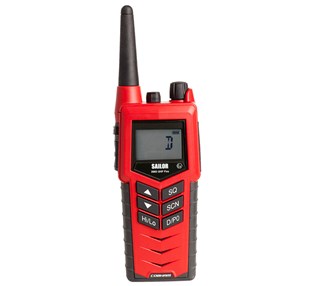 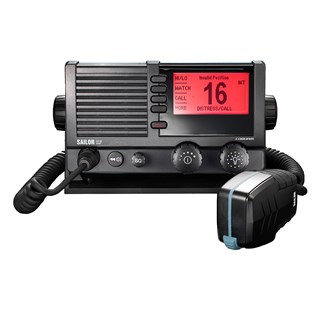 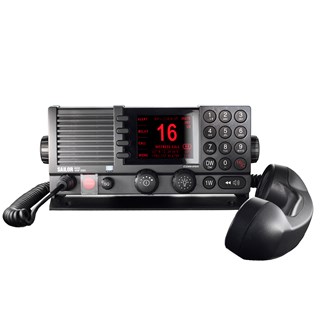