The L-band frequency spectrum (1-2GHz) for satellite transmissions is prized in the maritime community for its ability to penetrate rain, fog and storm conditions. 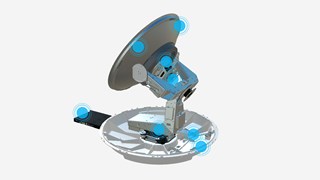 Related article
Benefits
IP connectivity at sea delivered by maritime broadband provides the basis to optimise workflows across the board saving cost for the operator or opening for new business to be made. With today’s reliable satellite networks enabling high availability of satellite internet, the business case for internet at sea is as viable as it is vast.

The low-frequency L-band spectrum (1-2GHz) for satellite transmissions is part of a selection of services labelled ‘Mobile Satellite Services’ (MSS). These services offer satellite bandwidth on a ‘pay as you go’ basis and have been the most popular form of voice and data connectivity in the maritime world since before the turn of the century.

Bandwidth spectrum is limited in L-band, so operational costs can be higher than VSAT, although equipment costs can be correspondingly lower. Likewise, L-band services are less cost-predictable than VSAT, and stories of ‘bill shock’ have been common in the past, where users have to pay tens of thousands of dollars more than expected because usage wasn’t monitored, i.e., a large Windows update had been downloaded over the air.

However, L-band is prized in the maritime community as a medium for transmitting and receiving data/communications even in rainy, foggy and stormy conditions. Likewise, the global nature of L-band networks from Inmarsat and Iridium means that ships can communicate using a single service. The trade-off here, is the higher operational costs and the relatively low connectivity speeds of L-band. 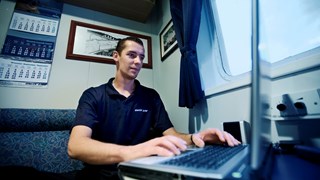 Related article
Maritime Internet For Crew Welfare
A reliable, seamless communications link at sea is now essential in attracting and retaining crew – and in maintaining their mental and physical wellbeing. Enabling crew to keep in touch with loved ones and access social media at sea keeps them connected and contented, while telemedicine provides a crucial health care service.

In its favour though, is the fact that L-band terminals are much smaller than VSAT antennas, so can be deployed on almost any size and type of vessel, from yachts through to super tankers. In addition to L-band’s all-weather ability, the hardware is ideal for maritime use also, because less pointing accuracy is required from the antennas, so a stable link is easier to achieve.

While the limitations of L-band restrict high dependence on digital applications for smart shipping, the frequency will continue to play a significant role in the future. L-band terminals are used to augment VSAT installations, coming into action when the primary Ka-, Ku- or C-band system is not available due to weather conditions or lack of service in specific regions.

The L-band Inmarsat FleetBroadband is an integral part of Inmarsat’s Fleet Xpress service, which also uses Ka-band satellites. Additionally, the new Iridium Certus L-band service is expected to become a very popular secondary channel on VSAT networks, thanks to its pole-to-pole global coverage, which will ensure a ship is connected literally anywhere in the world. What is Ku-band?
The Ku-band frequency spectrum (12-18GHz) for satellite communication is commonly used for maritime VSAT applications. 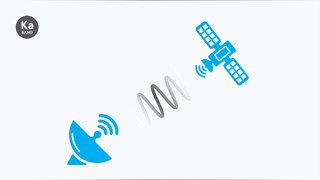 What is Ka-band?
The Ka-band frequency spectrum (26.5-40GHz) for satellite communication is the basis for a new generation of services on High Throughput Satellites. 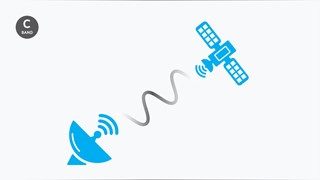 What is C-band?
The C-band frequency spectrum (4-8GHz) for satellite transmissions is particularly valued in the maritime sector for its resistance to rain fade.

Getting Started on satellite communications 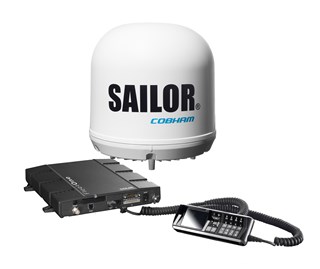 SAILOR Fleet One w/o IP Handset 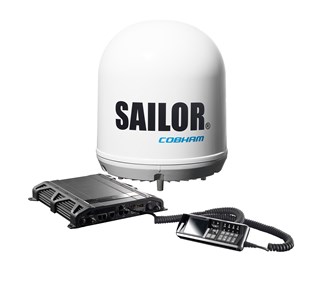 SAILOR 250 FleetBroadband
With data speeds up to 284 kbps from a compact, lightweight and simple to install antenna, SAILOR 250 FleetBroadband is the perfect balance between performance and price. It gives you fast data connectivity and voice simultaneously, allowing you to run online operational systems such as remote monitor-ing, whilst still having access to e-mail, intranet/internet and multiple voice lines. 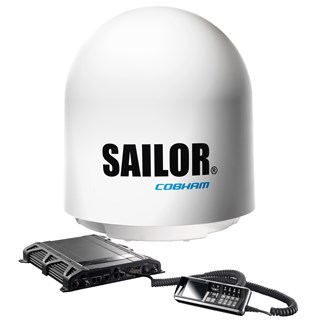 SAILOR 500 FleetBroadband
The SAILOR 500 FleetBroadband is designed for vessels and plat-forms with demanding require-ments for connectivity. It meets the critical needs for voice and data communication of maritime and offshore professionals glob-ally but despite its power, is a compact, lightweight solution. It provides extensive functionality including full access to band-width-hungry IP applications, broadband internet/intranet, e-mail, secure VPN and nine simultaneous voice lines. 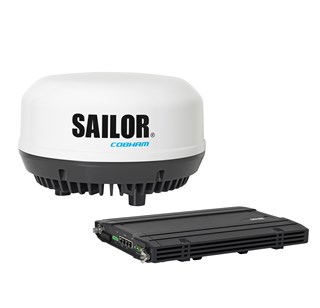